From "Pits" to Electronic Trading: How to Exploit Modern Markets

How was trading done when open outcries reigned in the markets and what are the differences between the markets back then and modern e-markets?

In this video, we'll discuss the evolution of markets from floor trading to trading online and how this transition has impacted the nature of the main futures listed on U.S. exchanges.

Throughout the video, we'll also show several tests conducted using a trend-following starter script to see if the behavior of these markets has changed since the transition to trading online or if it has remained the same.

By watching this video you’ll discover:

- The impact of trading online on the underlying behavior of the main futures (gold, oil, grain, etc.)

Hey everyone! One of the coaches of Unger Academy here, and today we're going to be looking at the performance of futures over time and the differences we see today with e-marketplaces compared to the past, when instead most of the contracts were traded in physical exchanges, in person, and in very different ways from how it is today.

A Bit of History

Okay, so let's start with a brief review of what the past was like. First of all, it was certainly very different from today. Before '98, the year in which we can date the advent of electronic futures markets, 100%t of these contracts were traded on so-called "open outcry" or in-person exchanges. And this was the case for quite some time.

Indeed, it’s believed that the very first trading, and we can see an image here, took place in 1848. This image is taken from the headquarters of the CBOT - Chicago Board of Trade - in 1900. As you can see at the beginning, it wasn't such a crowded place, although it was the early twentieth century.

The first futures to be traded were Wheat and Cattle. And these places, as mentioned before, were mainly visited by a few people. Who were they? Well, the producers of that commodity who had an interest in trading futures to protect themselves from any rise or depreciation in commodity prices.

Then over time, the first speculators or traders also started to appear. And I can also tell you that all the other futures, metals, energy, stock indexes, the bonds, the currencies, arrived later only in 1981.

Here we can see an image of the Nymex, which is another in-person exchange of the Chicago Mercantile Exchange Group, but based in New York. And here is the Crude Oil pit. So, in this case, we can see little amphitheaters inside the exchange with market makers in the center of this pit that were setting the price. And there were lots of traders around them who were instead trying to execute their orders at the best price.

How did they attempt to execute the orders? They used gestures. You have to get into the perspective that these places were very populated. Since these were open trades, the tension was always very high, and as a result, all this resulted in so-called "regulated" chaos. Indeed, I’d like to say that there were very precise rules about how to place orders and what gestures to make to avoid misunderstandings that could amount to, let's say, millions and millions of dollars.

Today perhaps a young trader would have a hard time believing his eyes seeing such images. As you can see, they wore very colorful, very flamboyant jackets. This was because they needed to be distinguished from the various market makers, brokers and other people working inside the exchange to pass their orders and prevent mistakes.

And also, this gentleman here isn't making a victory sign, but putting his hand on top of his forehead doesn't mean two contracts but twenty contracts.

Next, these orders were passed to the exchange or Clearing House using these little slips of paper and afterward were executed on the market.

Gravitating around all these figures were the brokers, whose main task was to transmit orders from large hedge funds or banks to the market.

These places had very negative sides compared to markets nowadays. Just think of how many barriers to entry that existed. Not everyone could enter this market. There was a need for a particular dress code. Brokers' transaction costs were very high because at that time, there weren’t so many transactions yet, and as a result, brokers' margins were lower thus these costs were then passed on to traders.

And the style of trading was also profoundly different because clearly, the traders were trying to, as they say, follow the trend. If they had identified a great investor or the intentions of a great investor, well, they would maybe try to go after him and do what he did.

Anyway, today with e-markets we certainly have more simplicity, lower fees, a much greater possibility to diversify, and also certainly less slippage and less transactional costs.

Comparison Between Pits and Electronic Markets

After this brief introduction, let’s just move to MultiCharts, where I created a workspace and loaded data going back to the 1970s. Of course, we have data from the 1970s only for Live Cattle, Wheat, some other commodities and the futures that were already present in those years. Whereas the data for the S&P, Crude Oil, Gold, and so on, are available only starting from 1980 or so.

This line is commented on and colored green. If you want you could also add a stop loss. In this case, being a trend-following strategy, I know that, in one way or another, if my trend goes wrong, I'll probably reverse my position afterward, but for the time being I'll leave it commented.

Backtest On Futures From '70s

Let's try this strategy and see how it would have worked on Gold. Here are the results. You can see that we’re starting in the late 1970s and we can date the start of these instruments, as mentioned, around '81. So, on this date here. And you’ll see that the first, let's say, 10-13 years in the history of Gold were not trend-following at all. Which, on the other hand, from '96 onwards, the years when e-markets were starting to take hold, that's when trend-following strategies started to catch on.

So, here it does indeed seem that as a result of the arrival of e-markets, and more contracts traded electronically instead than at the outcry, the nature of the market has changed profoundly. And it has remained so, at least it would seem, to this day.

Let's move on. Let's look at some commodities that instead, we'll see, really have been very, very stable over time. Here the data even go from 1974 to today. Here you see on Coffee, where we don't see a clear difference between before and after the introduction of e-markets.

This commodity was trend-following and has remained so over time. And this is also a good thing because it means that we're basically working on a very strong tendency that has persisted for a very long time. After all, we're talking about nearly 50 years.

Moving on, we also see Wheat, which is very similar. As you can see also in this case, we're starting from 1970 and the trend-following strategy works pretty well, although with some significant shocks... Please keep in mind that we didn't include any stop loss, take profit, or exit conditions in this strategy. It's just a very simple starter script that helps us get an idea of how the market has changed over time. And so, we see that Wheat has certainly performed very well as well.

Let me show you Cotton, which is another commodity that has been very trend-following over time.

Move on now with Live Cattle. Live Cattle also is an amazing trend-following example. I mean look, we're also starting from 1970 and arriving in 2022, that’s 52 years. Of course, there are some long phases, such as here from '88 to '92-'94, where there were no equity spikes. For six whole years. But what's certain is that anyway in certain phases these markets do respond well.

Let us take a look at the S&P 500. As we know, this market is primarily mean-reverting. We only have data from '97, when it started to become, let's say, mainly electronic, or at least half of the contracts started to be traded through "virtual" exchanges, or at least online.

And we can see that there has been some consistency in the results, suggesting that strategies based on a reversal logic, which is the opposite of what we see here, could certainly work well. And we've actually seen it work since around the start of this e-marketplace.

Let's go through a roundup of other futures. This is Crude Oil, also Crude Oil is very interesting and very trend-following since 1983, from when we have the data.

Natural Gas, another energy market, is also really stunning. Again, we're starting from the 1990s and we don't see any differences.

In short, apart from what we had seen on Gold, where we saw a clear difference, here is before and after, we can say that with the advent of e-markets, these markets have continued to respond in much the same way. Of course, with alternating phases and moments, but they've certainly proven to be consistent over time.

This could be because in moments of euphoria or even panic, the human being who is behind all the decisions we make, tends to make standard decisions or at least decisions that return over time.

Before we say goodbye, though, I'd like to leave you with a piece of advice. If you are interested in learning more about how systematic trading works, in the description of this video you'll find a link. That link will take you to a page from where you can access a free presentation by Andrea Unger, our founder and the only 4-time world trading champion. You'll also be able to order your free copy of our best-selling book, "The Unger Method", or even book a free call with a member of our team.

If you liked this video please don't forget to leave us a like and subscribe to our channel and go and click on the bell to stay updated on the release of all our new videos.

Thank you again so much for watching this video and I will see you in our next one, bye-bye! 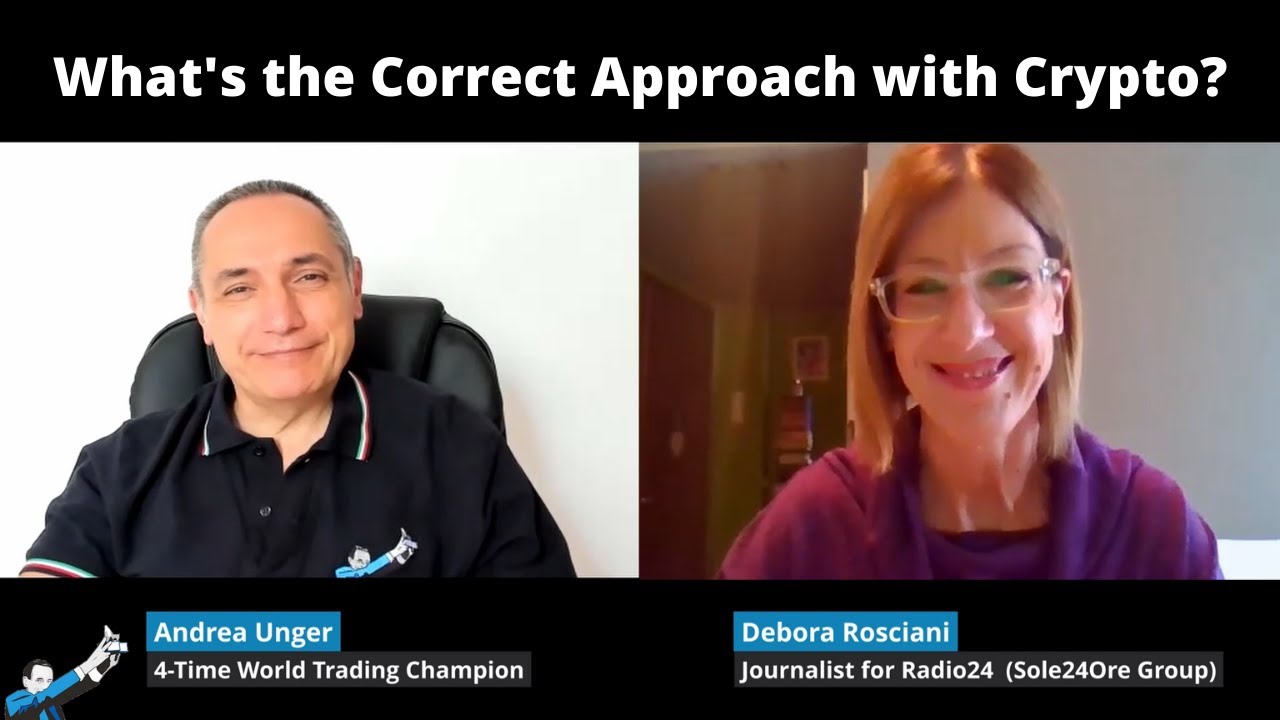 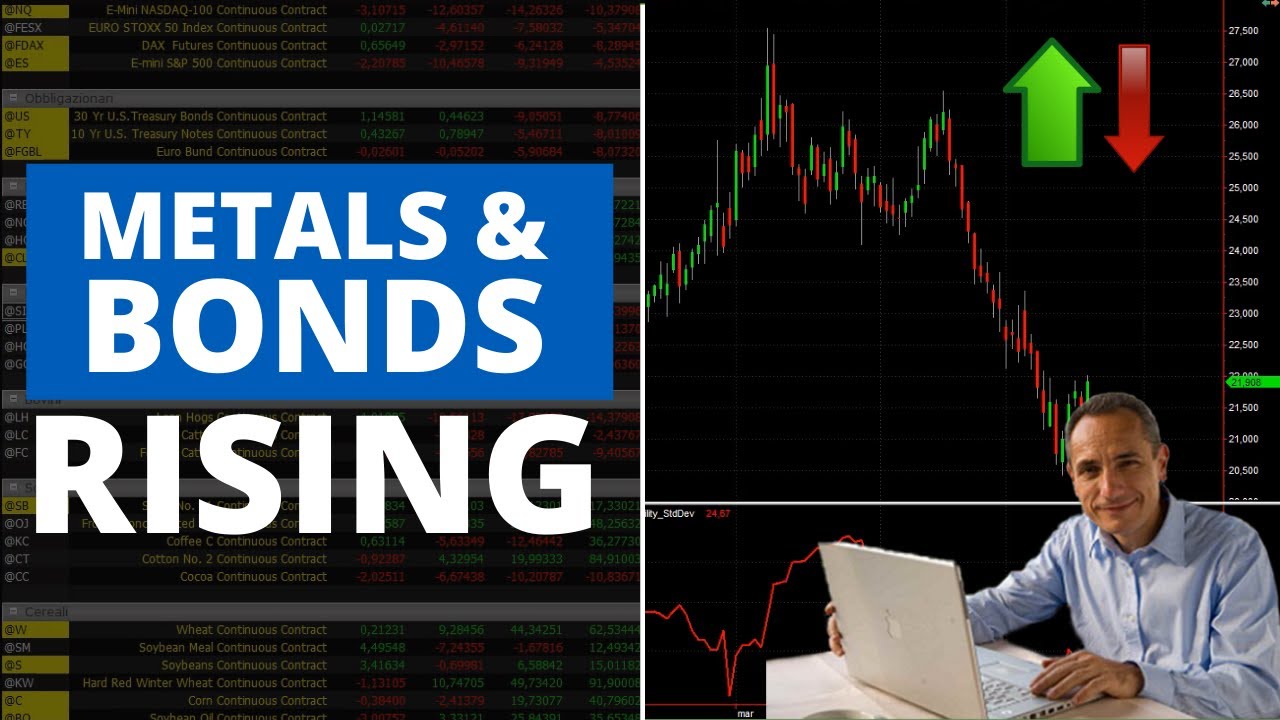 Markets Update: Metals and Bonds Rising - Increased Volatility in Currencies (Swings up to 2%!) 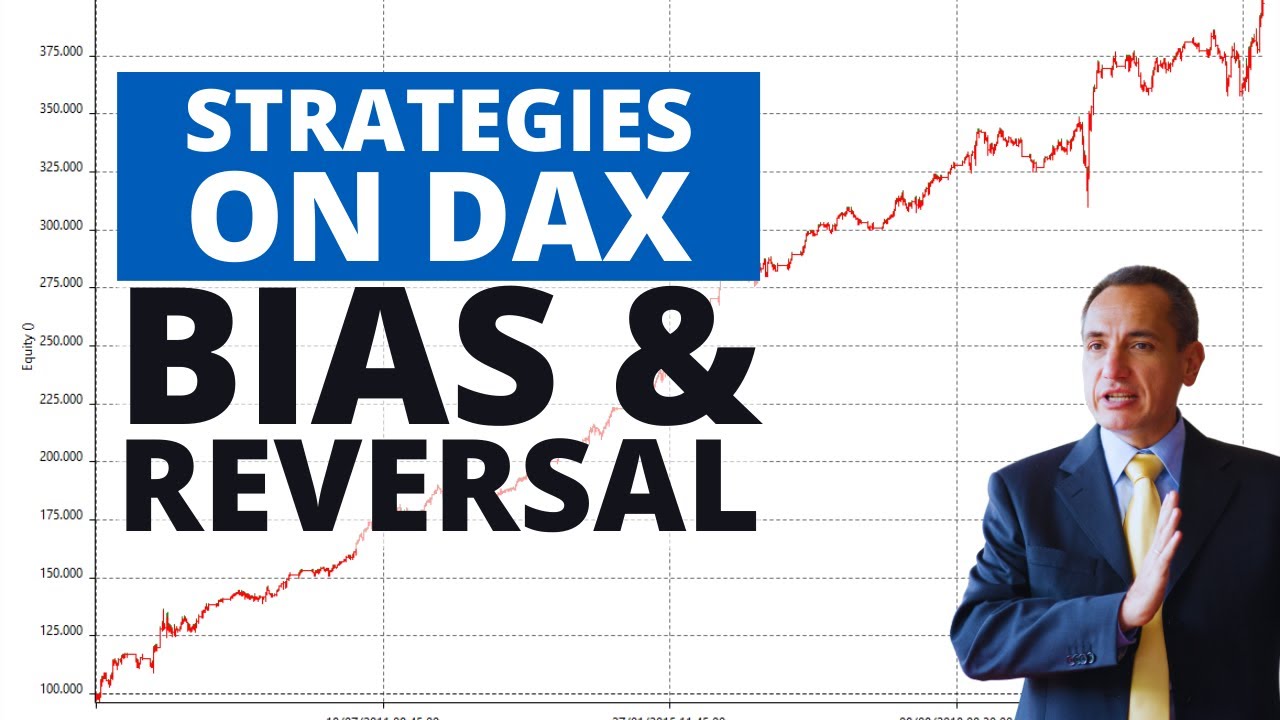