Daniel is a well-known surgeon with a great passion for trading.

Thanks to automated trading, he managed to reconcile his professional commitments with his passion for the markets and in just 6 months he managed to earn a staggering amount of € 53,119, making him one of the most successful students at Unger Academy.

During the interview, Daniel wanted to underline two things that I absolutely agree with.

The first is that doing trading alone is very difficult, so having the opportunity to discuss and grow with other people who have the same mentality and intent is, in fact, essential to achieve any form of success.

The second one concerns the fact that we need to stop looking for the holy grail of trading systems, simply because it does not exist. Instead, there is the concrete possibility of building several good trading systems that, wisely combined together in a portfolio, can help you achieve your goals.

So, my name is Daniel, as I mentioned. Well, I basically bought my first stocks six years ago now. I got a bit more deeply involved in trading 10 years ago, basically doing discretionary trading. And I added automated trading about six years ago. Currently, I get about 50% of my income from trading and I am a medical doctor as well. That is where I get the other 50%.

Well, my discretionary trading approach is basically mid to long term; so, let's say, everything from six months to 18 months. And that leaves you with quite long times of no revenues. And I wanted to add something on the shorter time frame about six years ago. I tried to trade discretionary in shorter timeframes, but I was not successful, and that brought me to automated trading.

And from an automated trading standpoint, I basically trade US and Eurex Future contracts. At the beginning, I was involved in Forex as well, but I found that currency futures markets are basically the same for me. So, I just wanted to focus on futures.

My broker is Cannon Trading based in the US. I tried a lot of brokers, but I found them the most supportive. And from a software standpoint, I own the Trade Navigator, but I only use that for developing. And for executing trades, I use MultiCharts with CQG and IQ data feeds.

The first and last one. So, the one about building trading systems and now about money management and how to put together a portfolio.

Finding enough good ideas and good strategies was basically a problem. And the other main problem was when to decide that a strategy is dead and not review it again or it is broken and needs review or update. And to have a systematic approach on how to do these things was probably my main purpose for taking the course.

I learned about three new approaches to strategy development; for example, the BIAS strategy was something I had never thought about. And at the beginning, I was quite skeptical that it could work, but it does. So, I learned new perspectives on how to develop trading systems. And I also learned Andrea’s way of deciding when to trade a strategy and when not. And that was really helpful for me.

Well, so, as you know probably, there is a lot of fraud in this business from my point of view, and it is kind of hard to figure out which provider does really make money trading and who is just selling courses. And since Andrea won the championship, I think, four times or so, he is one of the very few in the business I trust, that does really make money. And so, he was amongst my number-one choices.

Yeah, there really wasn’t one. I was pretty sure that I wanted to take the course and I did get out what I expected, actually.

I posted my results for 2017 and late 2016 in the forum within a six-month' timeframe. On that account, I made, I think, about 50% plus. Since then, which means probably since April 2017, it has been pretty much sideways, up and down, 10 or 15%. But for the year, more or less, I’m +40%.
Yes, it's just easy automated trading. I use different accounts. I use different accounts for my private trading, which is automated and discretionary, but I also have built a company in 2017. I trade a company account. From the worst ever drawdown perspective, that is for the last 10 years, it has probably been about 40%, I guess. Annual revenue was probably about 30% on average. And from a position sizing model, I pretty much use Andrea’s approach, using the worst day the strategy has to size my position. And I don't want to see more than 2.5% loss correlated to the worst day ever.

Well, as I started automated trading six years ago — 2011, probably—basically been losing money in the first year, breaking even in the second and positive since then. So, it took about a good two years to get things done, but I must say that I already had enough money to really invest in this thing. And I probably spent, all in all, like €30,000 or €40,000 on different courses. At the beginning, I bought different strategies. So, I had enough money to get this thing started really quick. If I had done everything on my own, starting with much less money, it would definitely have lasted longer.

I think there are two points I would like to mention. The first thing is really the framework. And people around you; I find it very difficult to be totally on my own. And so, on the other hand, I found it very helpful to find other like-minded traders who are at the same level to exchange strategies, to exchange ideas, to exchange opinions about courses. And it's also building people around you who support you. It's probably the most important thing from my perspective. And the other thing is that at the very beginning, I tried to find the perfect system. And since I switched from looking for the perfect system to building a large number of pretty good systems, that has massively improved my results. So, these are the two things I would like to mention, I guess.

It brought me a different perspective. So, I think when you develop strategies for a couple of years, you kind of get into a one-way street. And it's difficult to find ideas which are left and right, off the street. And yeah, looking at how Andrea approaches things really broadened my horizon.

Anyone. Yeah, really, no regrets taking those courses. If you want to trade automated and if you are serious about it because it still requires a lot of time and, also, input from a money perspective, from my point of view.

Well, it basically comes back to the question you already asked, I think. Find other people around you and try to suck in as much information as you can get from other people, from free Internet sources, from other course providers to show you which options are already out there. And then, find your own way using all this information. 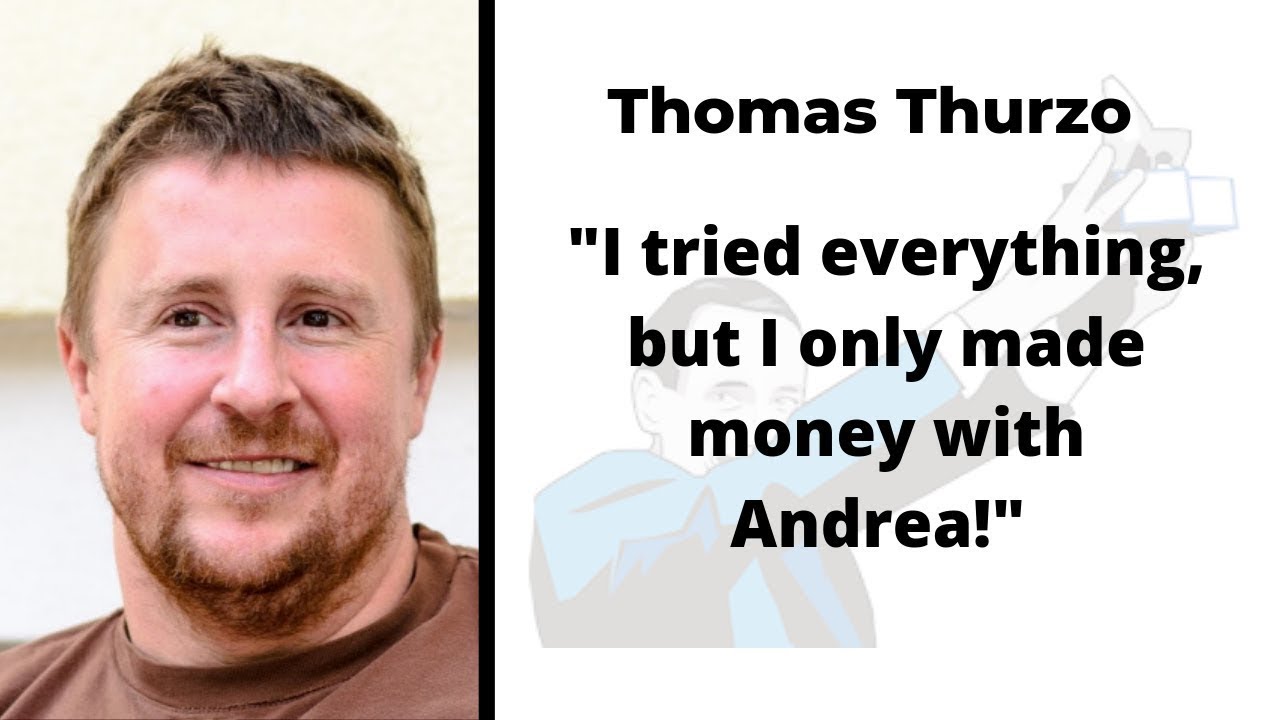 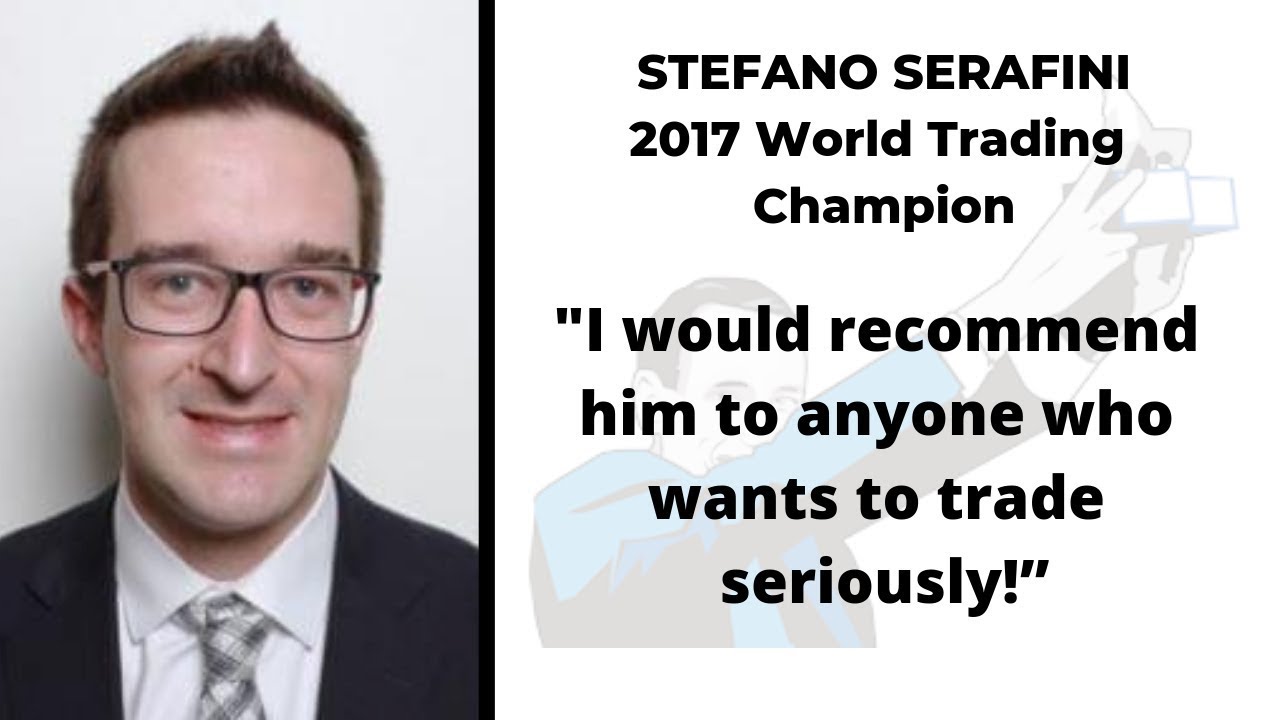