How to Use Take Profit in Systematic Trading - Strategies for 2022 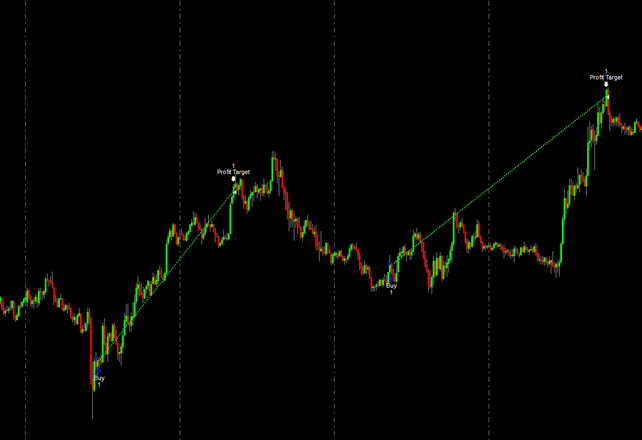 We already talked about Stop Loss, which is an order given to the broker to close a position when a price reaches a previously determined negative threshold.

Take Profit is the "positive" twin of Stop Loss. With a Take Profit, a trader can target a specific profit level and order the trading system to close the position as soon as that threshold is reached.

In this article, we'll see the benefits of a Take Profit, under what circumstances it should be avoided, and in what cases it can be very useful.

What Are the Benefits of a Take Profit?

First of all, Take Profit offers a psychological advantage. Closing a position and putting a certain profit in your pocket, without having to worry about possible market downturns, is no small advantage. For many traders, seeing a profit built with patience and perseverance crumble can be even more wearisome than an actual loss.

Second, a Take Profit shields us from one of any trader's greatest enemies: emotion. When a trade is cruising along, it's easy to get caught up in the desire to make even more profit, keeping the position open as long as possible.

This happens mostly in discretionary trading, where the decision to close trades is made "on the spot" while the trade is running. However, a similar attitude can also be found in systematic trading. Whenever a system is set up without an exit mechanism (or when using levels that are too wide) the hope of making more money can override statistical data.

In some cases, the market actually continues to rise, inflating profits, but often the opposite happens, and a profitable position can quickly turn into a loss.

Take Profit has the advantage of making decisions with a clear mind and without the emotional fog that sends even the most experienced traders off course. The order automatically triggers, making a profit and shielding you from possible market declines

How to Use Take Profit

In light of what has just been said, Take Profit might seem like an instrument to be used in all circumstances. However, as we've repeated in several articles, no single trading instrument is a viable solution in every case.

Take profit is no exception. Depending on your type of trading strategy, inserting a Take Profit can either provide important benefits or even prove detrimental, leading to the premature closing of trades that still need to be developed.

To learn more about strategies where using a Take Profit can give us a real advantage, watch Andrea Unger's explanation in this video:

As Andrea explained, there are cases when a Take Profit is completely inappropriate, such as when we adopt a trend-following strategy.

Indeed, when following a trend, it’s customary to let the trade run so that it can follow the movement of the market until it runs out of steam. In this case, using a Take Profit would be counterproductive, since it would stop the trade before it reached its peak

In contrast, a Take Profit can prove very useful in counter-trend strategies applied to markets with a mean-reverting nature, that is, markets that tend to always return to mean values by ping-ponging within a price channel.

In these strategies, entries occur in the opposite direction of the current trend because it's expected that at some point the trend will break to return toward the mean value. The positions then remain open only until the "bounce" effect wears off. To use an analogy, imagine stretching a hair band with your fingers. When the rubber band is released, the forward momentum is very strong, but it certainly doesn't last forever.

Because we can never know in advance how much the price will rise before it falls again, a take-profit order allows us to accrue a profit level identified upstream, without worrying later about when the market will reverse its direction.

Of course, if the price then skyrockets as a result of a true market reversal (rather than just a rebound), there may be a sour taste left in your mouth from having exited in advance.

But, as always, since there is no way of knowing beforehand what will happen, it's always a good idea to deal with these types of transactions bearing in mind above all the risk of loss, and not just the potential gain.

Take Profit is one of the parameters optimized in the development phase of a strategy. Through this evaluation and optimization process, it's possible to observe which Take Profit values provide the best performance in combination with the other inputs.

As with Stop Loss, it's a good idea to make sure during optimization that the values chosen make sense and aren't due to isolated events or errors in the data.

To summarize, Take Profit is a very useful position management instrument similar to a Stop Loss.

We've seen that Take Profit shouldn't be used in trend-following systems because in such cases it's best to let the trend develop naturally.